The Sandflea nickname was given to Sandy many years ago by his good friend Dean Brooks. As both Dean and Sandy were avid beach goers and four wheel drive enthusiasts in their mid teens, the nickname fit and has become a part of Sandy’s life. Many years later, custom painter Chuck Chapman surprised Sandy with the following freehand rendering painted on the top of the hood scoop of Sandy’s Top Sportsman Camaro. The rendering is a representation of a Sandflea on nitrous oxide.

A few years later a new hood scoop had to be purchased and once again Chuck surprised Sandy with a new Sandflea rendering. This time the rendering stated that under this hood scoop was the worlds baddest small block engine. This charactature was deemed “The Sandflea 2”.

In 2003 Sandy purchased a Chevy cavalier Top Sportsman car and once again Chuck created a new version of the Sandflea character, painted it on the hood scoop and deemed it the “The Sandflea 3”. These characters have been the subjects of many t shirts, decals, and pictures over the years. 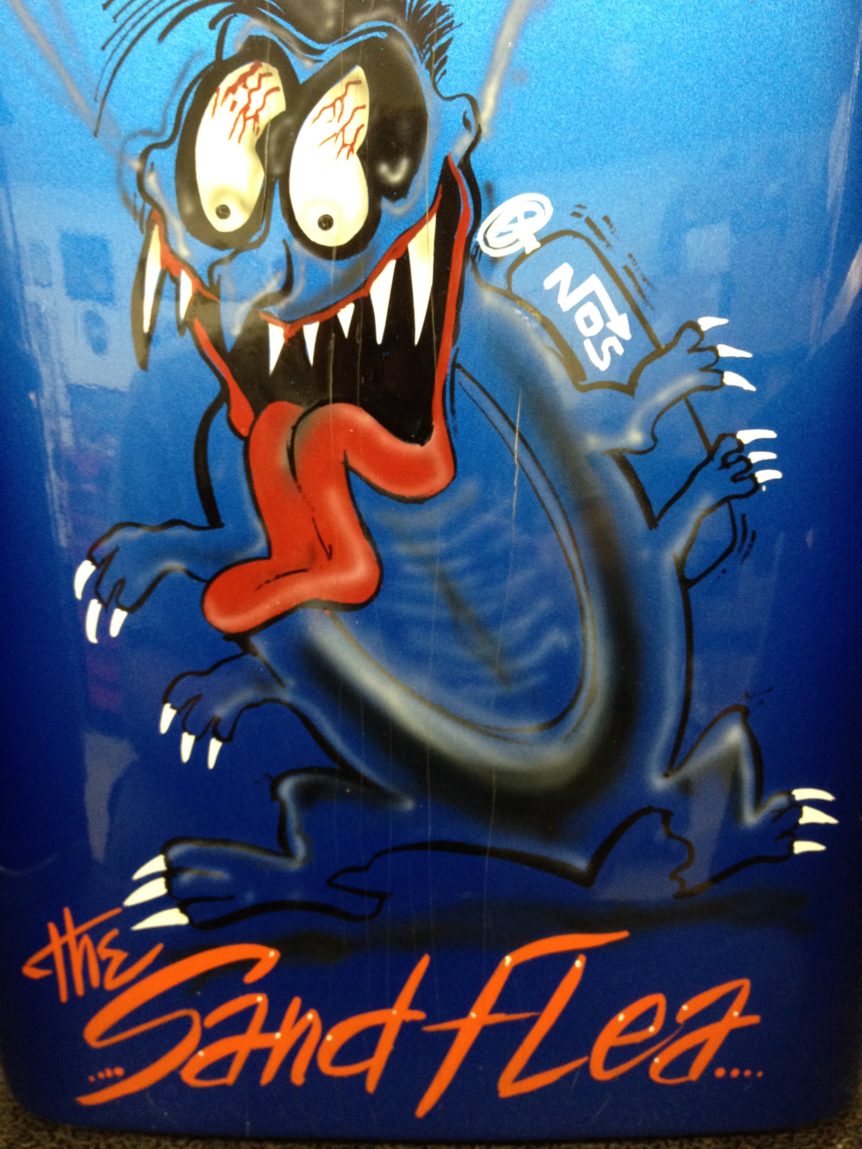 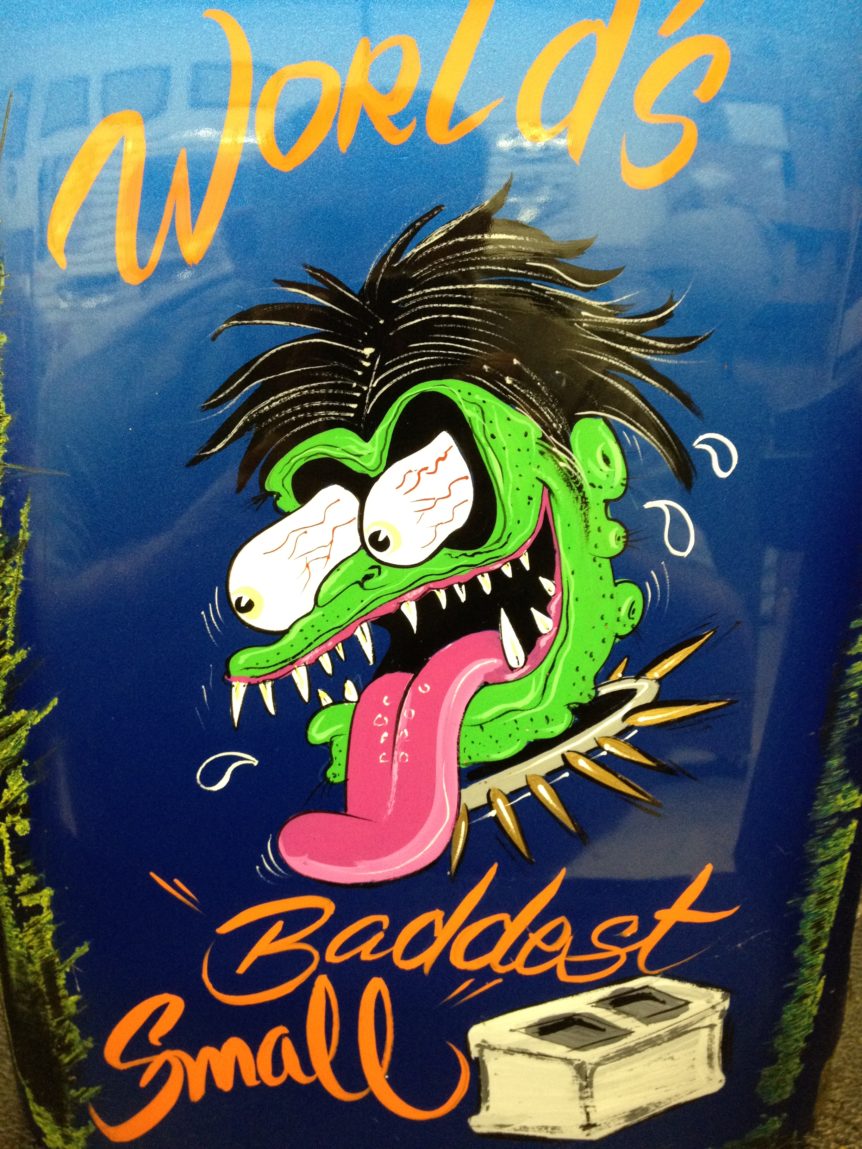 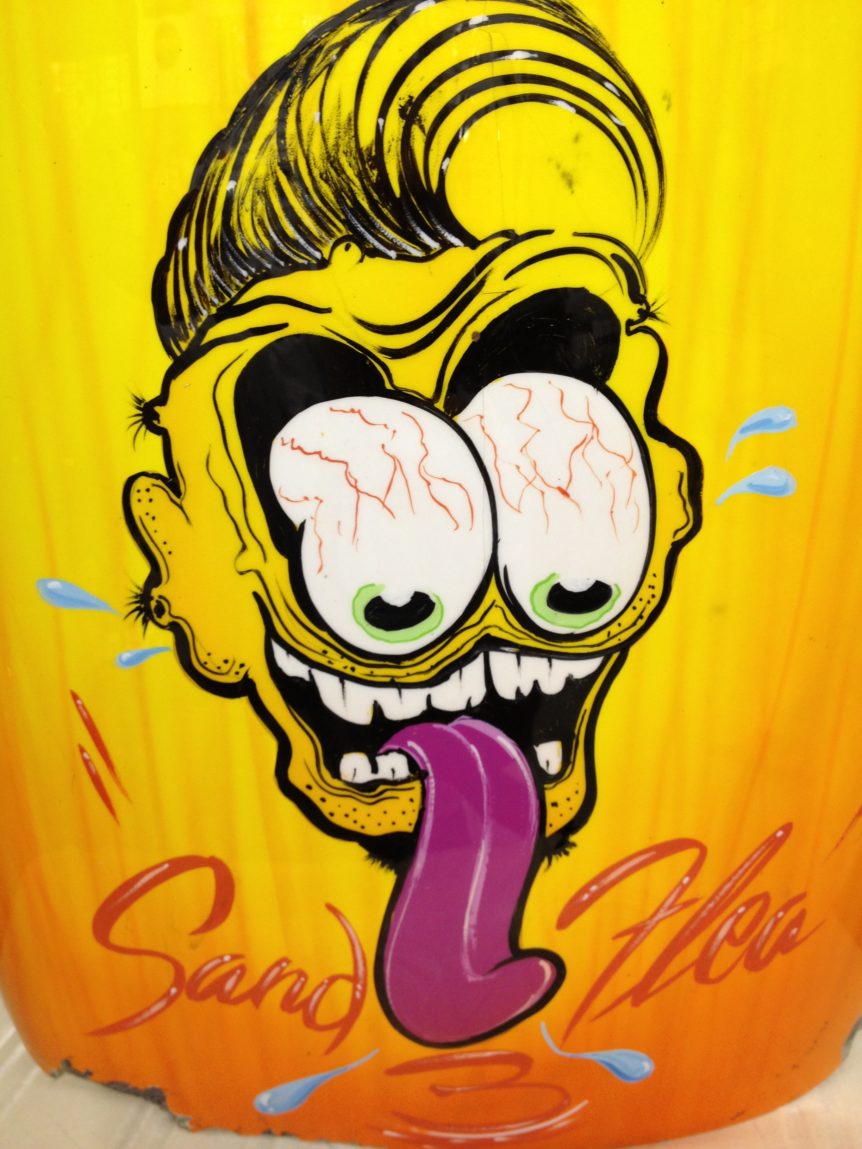